Click on image to be taken to Obstructions Overview. 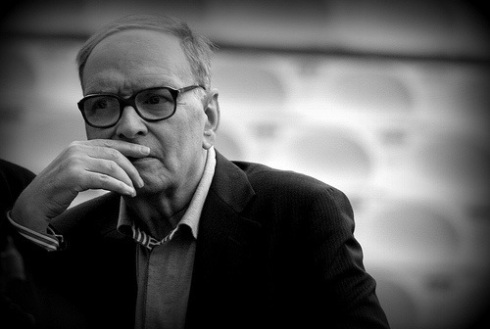 Ennio Morricone is a film composer most associated with Sergio Leone. He was born November 10th, 1928, in Rome, Italy; studied at the Conservatory of the National Academy of Santa Cecelia; was a classmate of Sergio Leone; has 516 composer credits–the most recent of which is from 2013’s Vengeance Rides a Horse; and winner of a 2007 Honorary Academy Award.

His first composer credit is The Fascist (1961). His first Leone film is A Fistful of Dollars (1964). Notable other films are The Battle of Algiers; The Good, The Bad, and The Ugly; Once Upon A Time In the West; Burn; Two Mules for Sister Sarah; Days of Heaven; The Thing (1982); The Untouchables; and Frantic among others. His work is so distinctive it is often sampled in other films; most notably in the work of Quentin Tarantino, such as in Django Unchained and Inglorious Basterds.

Trivia: Heavy-metal band Metallica starts their shows with Morricone’s instrumental The Ecstasy Of Gold (from The Good, the Bad and the Ugly (1966)] before appearing on stage.

Quote: “You can’t save a bad movie with a good score.”

Morricone is definitely in my Top Five film composers of all time, and most likely in the top three. He creates music that is distinctive, creates place and motion, and stays with you long after the film is done.

A few years back at the Miami International Film Festival (MIFF), they had a screening of a restored copy of Once Upon A Time In The West. Having the chance to watch the film on the big screen in an old movie palace, I could not resist and convinced my husband to come with me. He not being a fan of Westerns, it was a tough sell. After the film–which he loved–his main take away was the power of the musical score and how he never heard anything like that before–least of all in a Western.

Below are some samples of Morricone’s work: 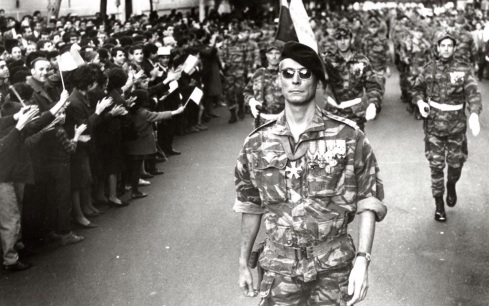 Click on image to listen to “Battle of Algiers” theme

The Good, The Bad, and The Ugly 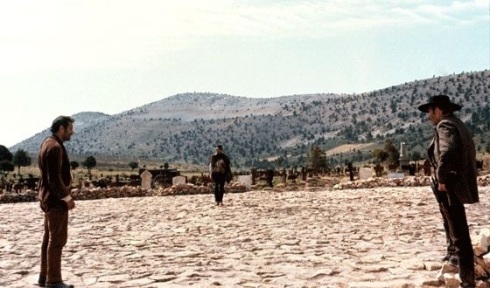 Click on image to view and listen to “Il Trio”

Once Upon A Time In the West

Click on image to listen to “Al Capone” theme

Click on image to listen to “The Thing” theme.

Ennio Morricone, one of the great music composers in film history.

One of the Duke’s best performances in one of John Ford’s best films.  Due to the casting of caucasians in red make-up as Native-Americans, the film feels a little dated.  But the great story makes up for it.

John Wayne once asked Clint Eastwood if he could make one normal Western.  The answer is no.  This movie proves why.  Among other things, the ending is Surreal.

The dialogue in this film is brilliant, and thanks must be given to the author of the book – Charles Portis.  What also must be said is the John Wayne version is equally loyal to the book but is only beaten out by the Coen Brothers update because of the supporting cast and, more importantly, Hailee Steinfeld as Mattie Ross. 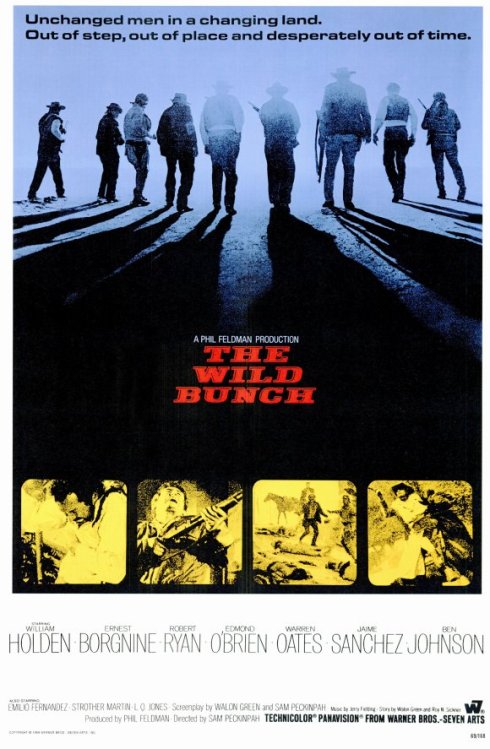 In it’s time considered one of the most violent movies ever made.  It still holds-up today, especially the small moments of cruelty–a group of children using a magnifying glass to burn ants, for example.  A great film about men facing their own oblivion, both from life and their way of life. 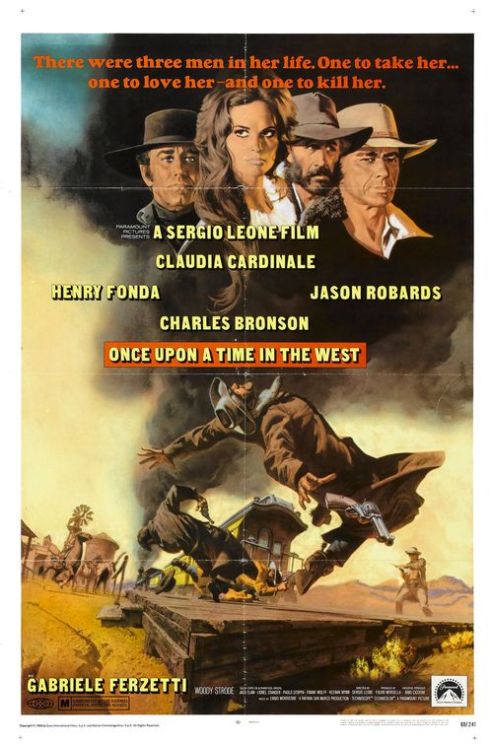 Even if you take away the great vistas, performances, and musical score, thanks to one icon shattering moment this film would still be #1 on this list.  The best Western ever made was directed by an Italian (Sergio Leone), filmed in Spain, and starred Americans.  Though the story can be difficult to follow, this movie is proof positive that a film does not have to be perfect to be great.  Watch it and you will see what I mean.

What are your picks?