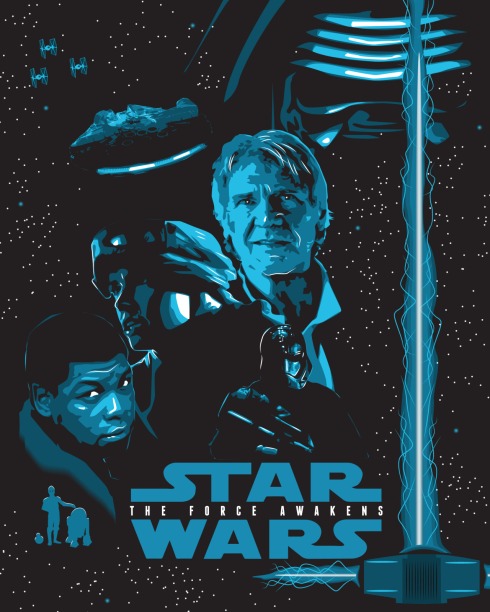 IMDb Logline:  Three decades after the defeat of the Galactic Empire, a new threat arises. The First Order attempts to rule the galaxy and only a rag-tag group of heroes can stop them, along with the help of the Resistance.

Review:  Star Wars is back and in good hands.  The story is linear, has characters you love, and an emotional punch that leaves you reeling.  The film moves fast–sometimes too fast–covering a lot of new ground while trying to catch you up on the last thirty-five years of events. 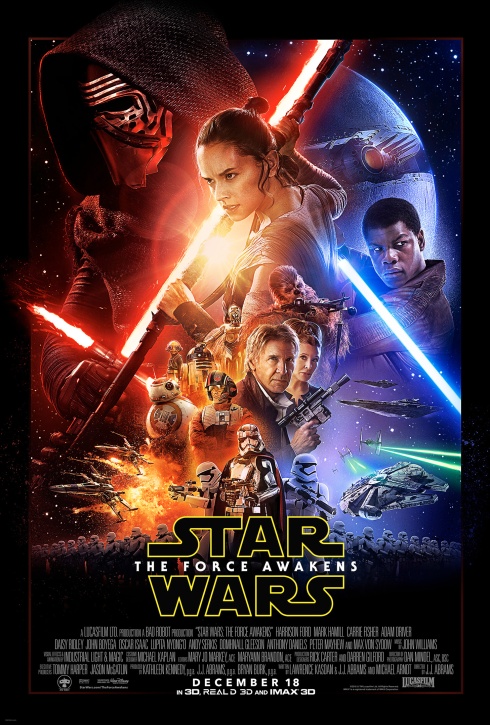 Review:  Inherent Vice is the rare film that feels both too long and not long enough.  While you feel the entire 148 minute runtime of the film, you also feel like the filmmakers left too much on the cutting room floor–with vital information left out while non-pertinent scenes were left in.  For a better detective film that makes you think, watch Brick again or for the first time. 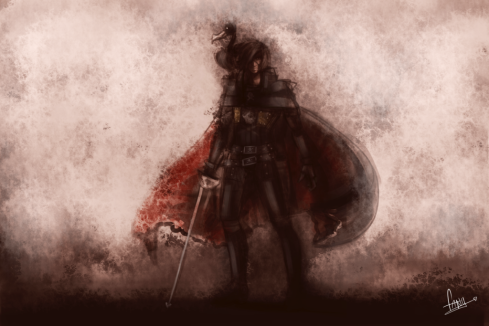 IMDb Logline:  Space Pirate Captain Harlock and his fearless crew face off against the space invaders who seek to conquer the planet Earth.

Review:  A very surprising update of another late 70s anime cartoon based off the manga of Leiji Matsumoto; fun for the whole family even though the finale doesn’t live-up to the build-up.  The characters are well-defined with both the protagonist and antagonist having complete story arcs.  The look of the film is incredible as well as well detailed. 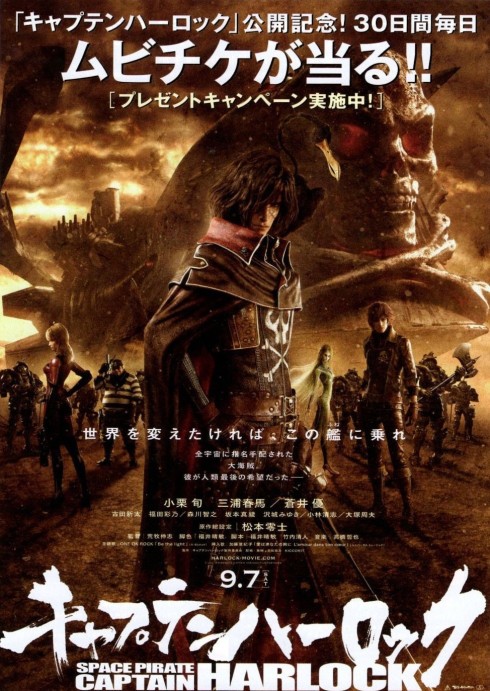 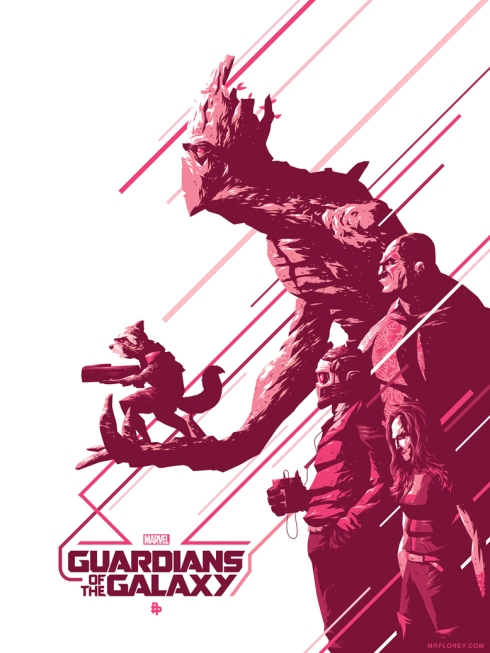 IMDb Logline:  Light years from Earth, 26 years after being abducted Peter Quill finds himself the prime target of a manhunt after discovering an orb wanted by Ronan the Accuser.

Review:  Much like Raiders of the Lost Ark, Guardians of the Galaxy knows how to make an audience enjoy itself.  Released from the sometimes heavy burden of established comic mythology, Guardians lets loose with a band of misfits that learn to love & care for each other.  In turn, this allows the audience to love & care for them.  From its impressive special effects, camaraderie & chemistry among characters, easter-eggs for comics and 80s fans, and genuine emotion at the end of the film, Guardians of the Galaxy does no wrong. 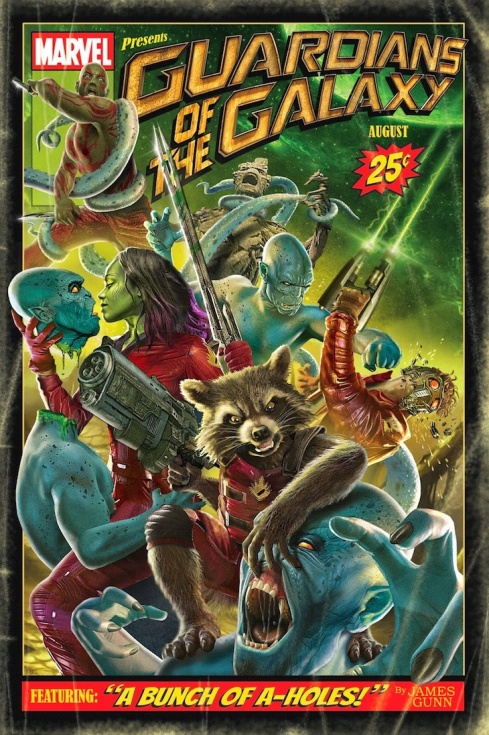 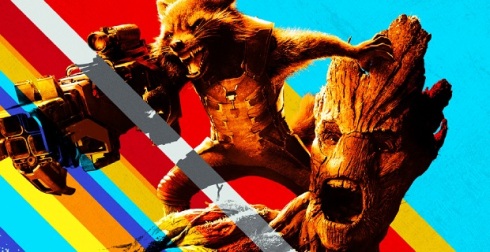 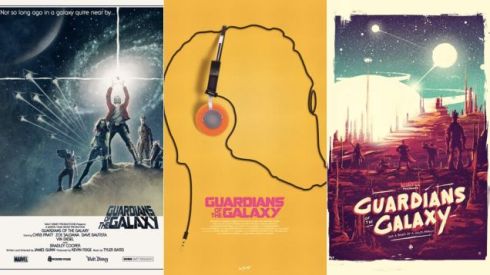 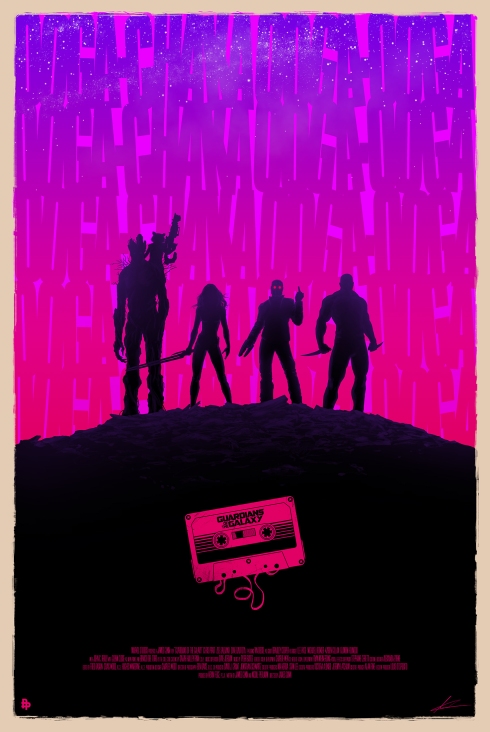 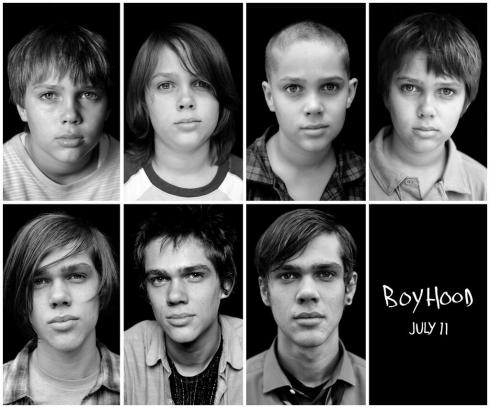 Review:  Boyhood is a well crafted, acted, and scripted film.  And though the story is immediately relatable, I personally felt a disconnect with the film.  But something about the film stays with you–little details you remember or conversations between characters.  The rawness of some scenes is very affecting; the tenderness between characters genuine.  Though I do not agree with all the high praise the film is currently garnering, I have a feeling that upon a re-watching in a year or two I may change my tune. 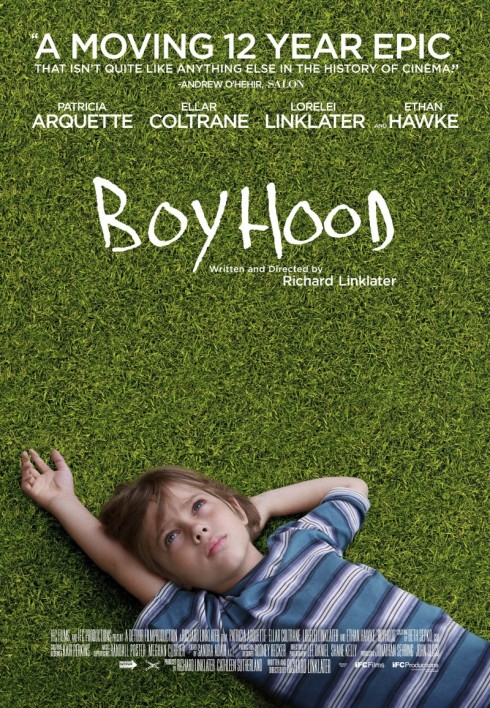 IMDb Logline:  A vengeful fairy is driven to curse an infant princess, only to discover that the child may be the one person who can restore peace to their troubled land.

Review:  Though a feast for the eyes with a great performance by Jolie as Maleficent, in the end the film is mostly forgettable.  The idea of providing Maleficent a reason why she becomes evil is a good one, but giving her a “Disney” ending just feels wrong. 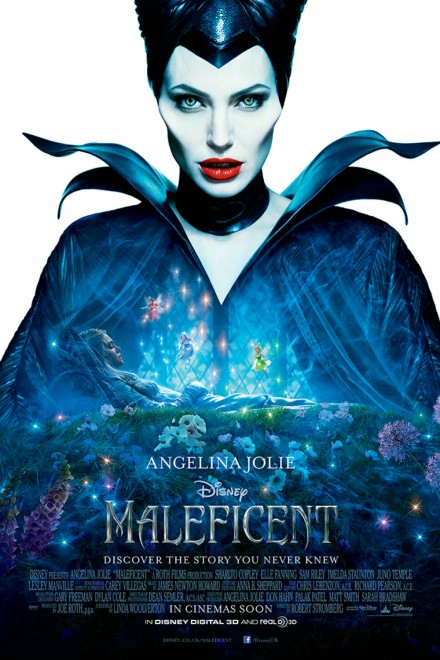 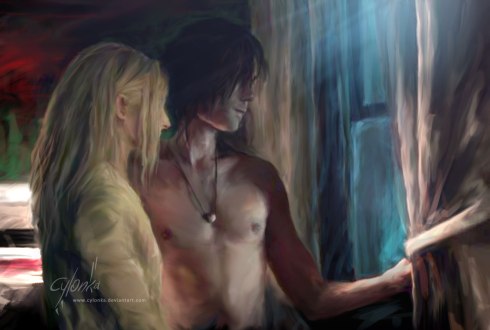 IMDb LogLine:  A depressed musician reunites with his lover, though their romance – which has already endured several centuries – is disrupted by the arrival of uncontrollable younger sister.

Review:  By the end of Only Lovers Left Alive, you ask yourself what the point of it was.  The premise is good, but the execution fails.  How does a vampire exist in a time when humans pollute their own bodies and you cannot easily dispose of bodies without an investigation?  How does an artistic, gifted, and undying vampire get his voice heard?  And what happens when he no longer cares?  For such heady questions and two such long-lived and intellectual characters, Eve (Tilda Swinton) and Adam’s (Tom Hiddleston’s) dialogue is amazingly vapid.  Though the film looks good, it does not stay with you.

Bonus:  If The Sandman project is an actual thing and not a pipe-dream, then the filmmakers should use Tom Hiddleston as Morpheus.  His performance of Adam is basically channeling the Dream of the Endless character. 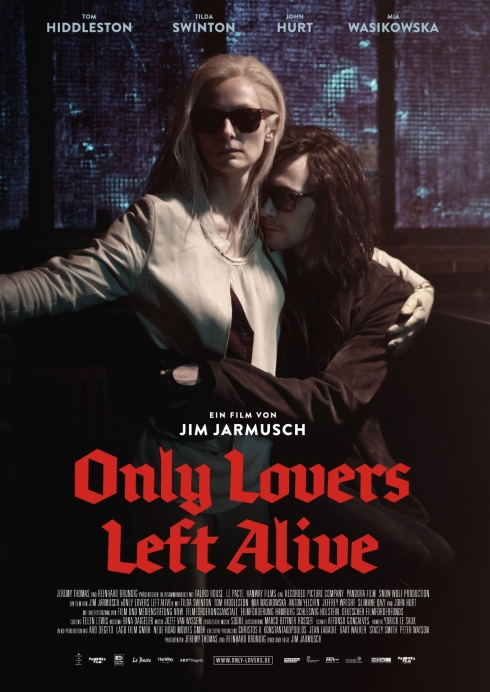 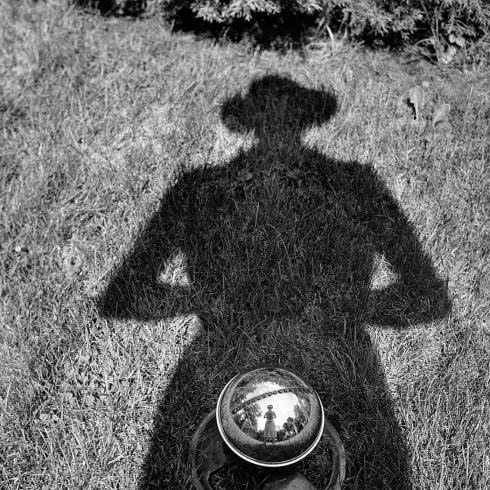 IMDb Logline:  A documentary on the late Vivian Maier, a nanny whose previously unknown cache of 100,000 photographs earned her a posthumous reputation as one the most accomplished street photographers.

Review:  The two great characters in Finding Vivian Maier are Vivian and filmmaker John Maloof who took us on this obsessive compulsive journey.  The two are in many ways soul mates.  Maloof”s journey through Vivian’s things, interviews with former clients & charges, and even her voice in recordings brings to life a great unknown talent, and an equally great private detective. 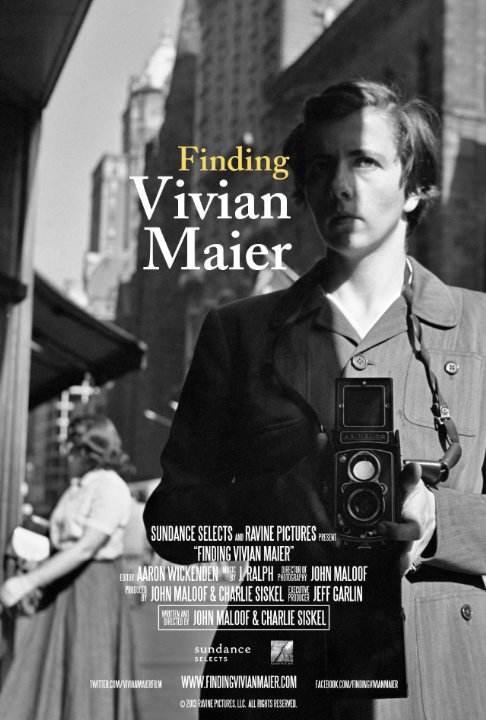 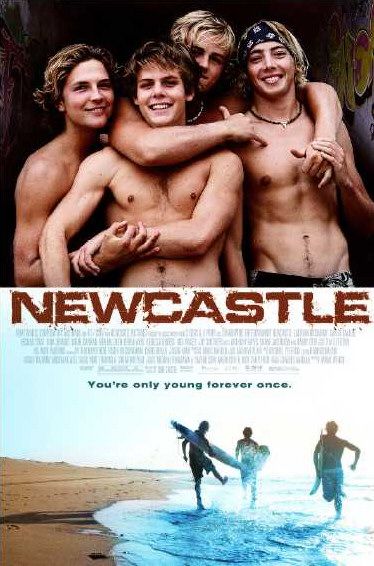 IMDb Summary:  Seventeen year old Jesse lives in the shadow of his older brother Victor’s failure to become surfing’s Next Big Thing. Even when he’s in his natural habitat of magnificent surf breaks, his blue-collar future is brought home by the coal barges that constantly line his horizon. Jesse has the natural skills to surf his way out of this reality and onto the international circuit but can he overcome his equally natural ability to sabotage himself? A momentous weekend away with his mates that includes first love and tragedy leads him to discover what’s really important, and also to the performance of a lifetime.

Review:  Newcastle has potential but fails to deliver.  The main flaw is the films attempt to tell both brothers stories instead of just focusing on one.  Both story arcs are underdeveloped and rushed. 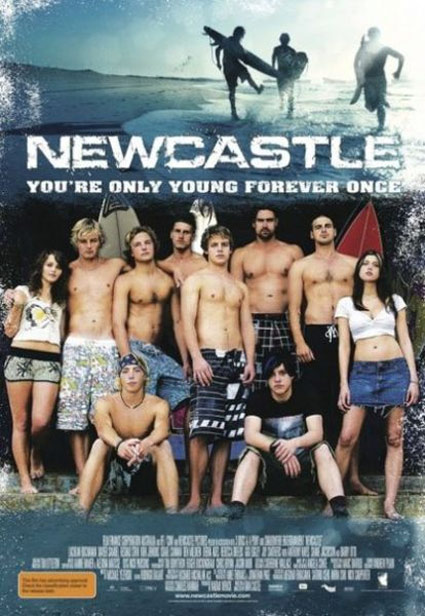 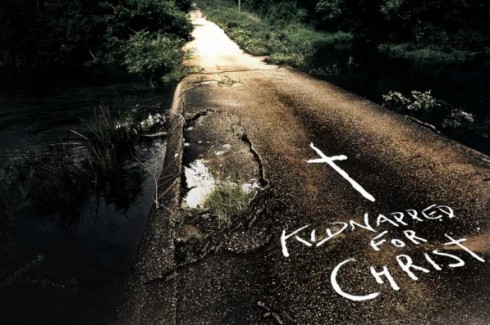 With:  David, Ty, and Kate Logan

IMDb Summary:  A young evangelical filmmaker is granted unprecedented access inside a controversial Christian behavior modification program for teens, where she discovers shocking secrets and young students that change her life.

Review:  A multilayered documentary where friendly relationships turn antagonistic, friends become enemies, people become damaged and need to be heeled; and a documentary that clearly shows how much hurt someone can cause when they truly believe they are doing good. 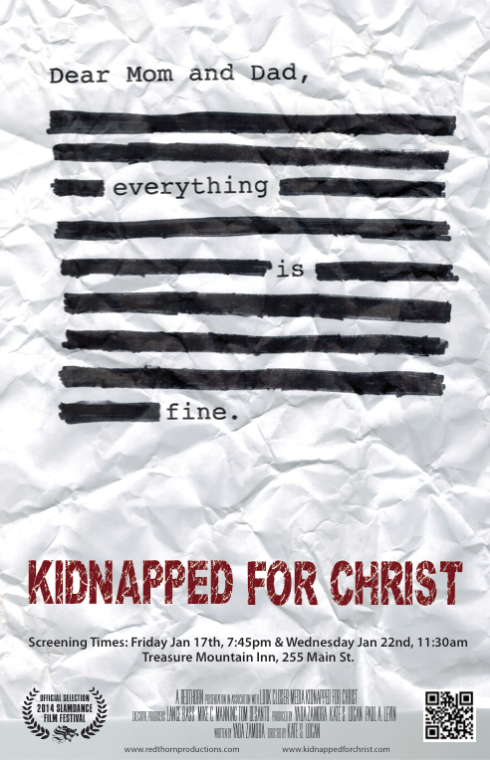